I am your owner advocate. You become your Warrior. 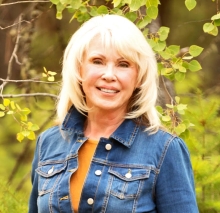 Hi, I'm Shelly. Not someone you would pay particular attention to. A neighbor, the tall woman who passes you in Walmart pushing a cart filled with fruit, yogurt, and comfy slippers. I've never been involved in local politics, make a healthy living as an author, am a responsible neighbor, believe in the greatness of America, and never considered suing anyone or lobbying the legislature until I bought into a Property Owner's Association.

I took all my savings and built my dream home. My neighbors came from varied backgrounds yet we all enjoyed our rural parcels in an inexpensive area nestled in a breath taking mountain valley. I volunteered to work with the neighbors, do weed control, clean-up, and bury the neighbor's dead horse. I loved our community. Then one explosive annual meeting-- life changed in our little valley. A new group of faces were suddenly on the board. They were going to "clean up" our subdivision they said, and get rid of the "riff raff." They doubled our dues, hired an expensive property manager that was located 70 miles away, and when members protested, a new director stood and shouted, "Shut up! This is not a democracy. We don't have to run every little thing by you people."

Unfortunately many of us thought an "association" of neighbors was a democracy. With a string of abuses over the next 3 months against the people I had come to love, I took a stand for peace and worked with my neighbors and the board to build bridges. But for some reason that I never fully understood this particular board was having nothing to do with letting the owners govern themselves or have a say in their own affairs. We organized and spent the next 9 months fighting to gain control of our own association.

I want to make a difference

We learned a lot. We worked together. We won. I learned more than I ever cared to about Federal, State and County law, HOAs, the pros and cons of associations, and why they have become a growing menace threatening our constitutional rights. We won the first battles and got our board to finally allow us to vote--but that was $80,000 later!

We then rested on our laurels thinking that the battle was fought, we won our rights back... but no. The new board we put in place began to do the same things the disposed board had! Why? They wanted to raise our dues for their own pet projects claiming they were only doing what the covenants said. They ran off neighbors we liked saying it was their duty. They took away some of our member meetings by manipulating the vote. They rigged elections so that only their buddies would win! Does power corrupt? Do the only people who want the position on the board have innate flaws in their personalities? So the battle began for the second time. We did it as a team and yes, we won the second time too. But it was hard on all of us and now we are trying to find ways to protect us from rouge boards--something we can put in place that will keep up protected from the neighbors-gone-wrong.

I didn't want to join any grass roots movements and take continuing education courses from the Practicing Law Institute in "Protecting the Rights of Homeowners with Limited Scope Representation." But I did. And I gained knowledge. And then I did what I do best...I wrote it down: our community' s reaction, the knowledge we gained, and the insights into our unrelenting determination to change our association for the benefit of all the owners. This work is based on our experiences and what we learned. It will guide you in your course of actions and give you a few tricks that may sharpen your approach. I want to make a difference in my community and hope you want to make a difference in yours.

For more information on Shelly's views and activities:

1. Listen to her radio interview with Shu on On the Commons Radio Commentary 2. Read this Newslarticle where Shelly is quoted on her views: HOAs from Hell 3. Listen to another radio show with Tab and Z: HOA Talk Time 035